In the wake of the IoT revolution, any simple product can be made smart by connecting it to the Internet. Tondo, an Israeli startup, offers smart illumination devices suitable for smart cities and smart buildings with the ability to remote control illumination built in.

Tondo is developing a small “plug and play” device which connects to existing systems and provides local authorities with remote command and control over illumination which leads to significantly reduced operational costs and more convenience for citizens, who no longer need to contact government agencies when streetlights stop functioning normally.

“Tondo can be connected to various types of sensors,” founder and CEO Guy Saadi said,” including motion sensors which allow for the regulation of the magnitude of light based on the amount traffic, or environmental sensors based on air quality, noise levels and environmental hazards. We have a holistic approach to smart city technology, synching our LED lighting controls to multiple sensor-based signals which make real time controls more effective, while also contributing to longer-term data collections and analysis.”

Tondo supports all relevant illumination protocols, but according to Saadi, their breakthrough came with an illumination controller with DALI MASTER capabilities.

“The difference is significant – DALI MASTER enables one controller to control several lighting fixtures. In fact, one controller can manage the illumination system for an entire area,” Saadi said.

“Tondo provides an end-to-end solution, which includes both a back-end system which gathers data and an end-user friendly interface in the form of a dashboard and a technician application. Our technology was built as a smart system from the ground up, compared to other systems which are more complex, given their linear nature.  Our is also an open and flexible system – it can interface with other systems easily and works with many communications protocols including LORAWAN and NB-IoT”, Saadi explained.

The Tondo system also guarantees the provision of a high degree of information security, flexibility in terms of connectivity, and the ability to work with nearly every communication and illumination protocol.

“We’re already in various stages of implementation with several local authorities across the Israel,” Saadi said. “Our engagement with them will be conducted via one of the largest cellular communications companies in Israel, that chose our solution for the local market. Besides that, we are in advanced stages of communication with several leading illumination companies in Europe and in the East regarding the implementation of our solution as part of their product.”

The company also has several IoT solutions for industry and home illumination.

“Illumination products should lead the IoT world, as illumination products are always central and most common, and are always connected to the power supply,” Saadi said. “This is what stood at the foundation of the development of the sensor groups that we developed. Our smart lighting fixture and controller do not only provide command and control abilities, but also a relay for an entire world of data that was not accessible to local authorities until now.”

Tondo has partnered with DeviceTone, an IoT firmware company based in Boston, spun up from Israeli company Cloud of Things.

DeviceTone is combining its expertise in the world of IoT development and systems integration, whereas Tondo, founded by Micha Ben-Ezra, Eliav Gnessin and Guy Saadi, specializes in the world of illumination.

Street lighting is a vital feature of the urban environment.  It enhances the sense of safety amongst the community, improves visibility for the people and motorists while also aiding in creating a pleasant and alluring environment for businesses and key buildings after the sun goes down.

Lighting can also be an expensive drain on resources. Approximately, one third of the world is still using technology from sixty years ago to light their street which is absorbing about 40% of a cities’ overall electricity costs, this is a massive amount.

With usage statistics proving the benefits of switching from the traditional sodium-based street lights to the energy efficient Light Emitting Diodes (LED) based lighting fixtures, many of the world’s largest cities have started to switch due to stringent new government standards, sustainability targets, and the urgent need to cut costs.

LEDs do cost more to implement up front but when compared to sodium-based lights, LEDs offer a longer life span, lower energy consumption, and reduced maintenance costs, making them economically beneficial in the long run.

Is replacing the old lighting with the new enough to reach these targets?

This is where adaptable, scalable, and interoperable lighting solutions are essential to boost savings.  Aided by connected LED bulbs and a central management system (CMS) over the internet with incorporated cloud-based technology, connected street lighting systems allow for the operator of the system to monitor and regulate the levels of lighting emitted which in turn can increase energy savings from 50% to 80% as well as lower operational costs.

Street lighting with LED bulbs, wireless technology and motion sensors activate lights when someone passes by and connected devices can alert the city operators when bulbs are to be replaced. This reduces electricity costs and can help fund other projects within Smart Cities.

For many cities, these benefits are just the beginning, smart city street lighting is a technological foundation for a pool of other applications that will follow in the months and years to come.

The addition of IoT devices used to accumulate and transmit information helps cities observe any circumstance, like traffic optimization, air quality, and smart parking.  The central dashboard of an IoT platform can remotely control LED lights to turn on and off, dim and more, hence cities can maximize low-energy lighting benefits.

As street lights are creating a control network, these networks of data can be used for empowering schools and businesses, through a lighting infrastructure, embedding sensors, and gateways, the street lights can additionally be used as charging points for electric vehicles and as a base for public Wi-Fi and communication networks.  Smart city street lighting leads as the bedrock for a bright future for the smart and digital cities of tomorrow. 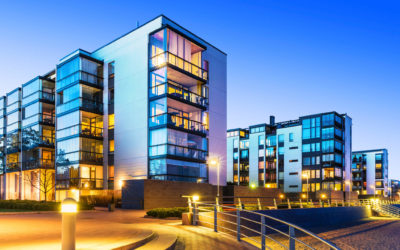 After officially joining Cloud of Things as CEO in June of this year, I’ve learned a lot, including knowing what I need to continue to learn as the IoT industry rapidly evolves in the context of new global challenges, including the COVID-19 pandemic.

END_OF_DOCUMENT_TOKEN_TO_BE_REPLACED 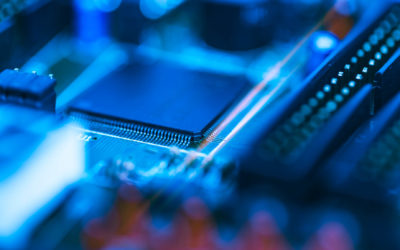 Embedded computing devices deployed within the Internet of Things (IoT) have, for years, been challenged with the ability to compute given minimal resources.

END_OF_DOCUMENT_TOKEN_TO_BE_REPLACED 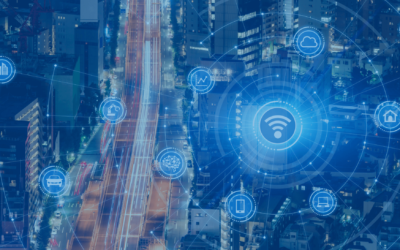 Microsoft Dynamics 365 Field Service is “a business application that facilitates the end-to-end process of carrying out work on-site at customer locations, including installations, maintenance, and repair jobs.”

END_OF_DOCUMENT_TOKEN_TO_BE_REPLACED
« Older Entries
Next Entries »
We use cookies to ensure that we give you the best experience on our website. If you continue to use this site we will assume that you are happy with it.Ok